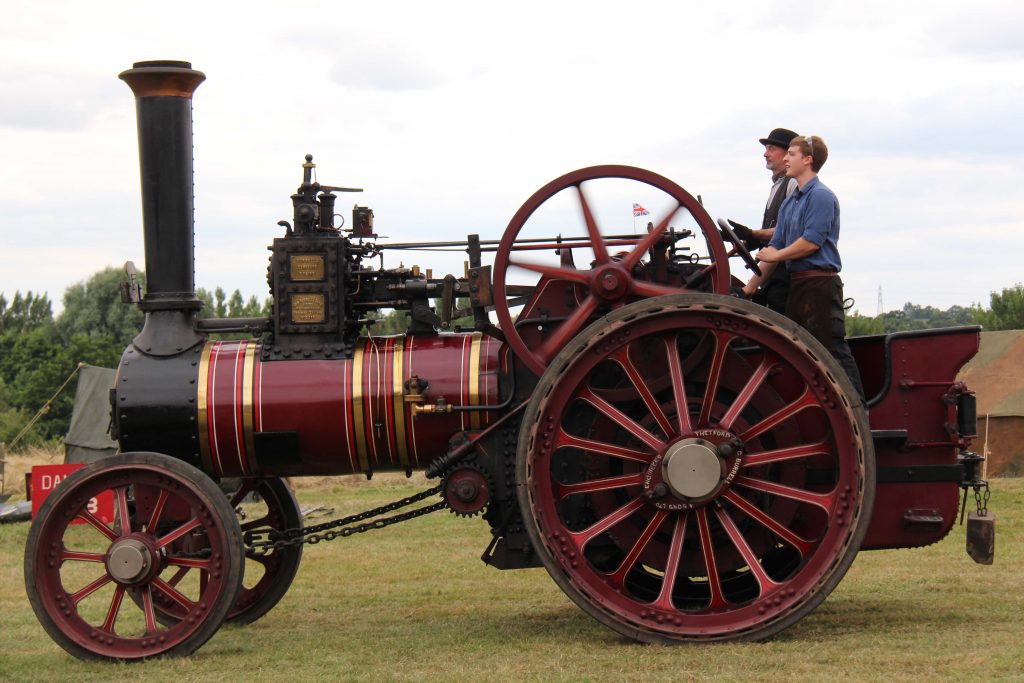 The Museum of East Anglian Life is delighted to announce that we have been awarded a grant by the Association of Industrial Archaeology to restore the Empress of Britain, the museum’s iconic and much-loved steam engine.

At the end of 2016, the Empress failed her boiler inspection, taking her out of action for the 2017 season and leaving us to raise funds towards the extensive restoration work needed to fix her. We are very pleased to announce that a successful application to the has been made and we have been awarded £16,500 towards the restoration of The Empress.

‘The Association for Industrial Archaeology is delighted to be able to grant aid the refit the boiler of the Empress of Britain in this the 50th anniversary year of the Museum of East Anglia Life.’ explains Keith Falconer OBE, of the AIA. ‘The AIA has long been a champion of the involvement of volunteers in the restoration and operation of historic machinery, and The Empress embodies just such dedicated involvement. Through the generosity of two anonymous donors, the AIA Restoration Grant scheme makes such involvement possible for this and for many other, similarly wonderful, projects around the UK.’

The Empress, which was made by Charles Burrell & Sons of Thetford, Norfolk in 1912, is a general purpose agricultural steam traction engine. The Empress represents the story of the mechanisation of farming and is important to industrial heritage in the region.

We still need to raise £4,000 towards the restoration project and have launched a crowd-funding campaign, which is being supported by JustGiving: https://www.justgiving.com/campaigns/charity/museumofeastanglianlife/empressofbritain

Lisa Harris, Collections and Interpretation Manager says: The Empress of Britain is the museum’s showcase steam traction engine and we can’t wait to see her in action once again. Whether demonstrating traditional farming techniques such as steam threshing and chaff cutting, being part of the Stowmarket Carnival, or taking centre stage at our hands-on driver training experiences, the sight, smell and whirr of the Empress helps us bring our region’s heritage to life.’