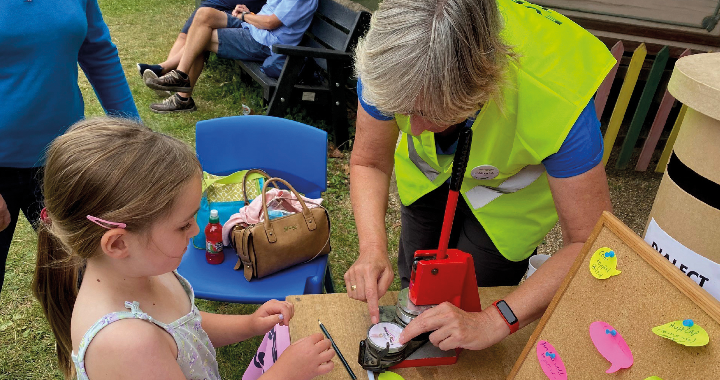 Have you ever wondered how dialects are recorded and studied? Now you can be a part of the process.  The Museum of East Anglian Life is working in partnership with the University of Leeds Dialect and Heritage Project – In Your Words – to build a picture of England’s dialect landscape today. You can help us celebrate the rich historic dialect of England, particularly East Anglian dialects, contribute to new dialect research by telling us about your language or get involved in oral history and dialect fieldwork.

The Project is following in the footsteps of fieldworkers from the University of Leeds in the 1950s who visited people in 313 rural localities in England to complete The Survey of English Dialects (SED) – the most comprehensive survey of the dialects of England ever undertaken, and a snapshot of how English was spoken by people born as early as 1860.

Today, the Project has three important strands. Firstly, digitising and sharing its archive of recordings, photographs and dialect research from the original SED through events, roadshows, exhibitions and online. Researching the dialect words and phrases we get from different people in our lives and why we use them. And lastly, tracing the descendants of the people who took part in the original SED.

These volunteering roles will all play a vital part in celebrating the history of regional accents, words and grammar and help cutting-edge research into language change and linguistic identity conducted at the University of Leeds. It will be a wonderful chance to meet new people, learn new skills and enrich your knowledge of local history. Full training will be provided by oral history and dialect experts and there will be opportunities to work across East Anglia as well as at the Museum of East Anglian Life.

Contact our Engagement Officer at laura.kloss@eastanglianlife.org.uk for more information or to get involved

The University of Leeds has had a long history with studying dialect. The Survey of English Dialects (SED) was originally initiated by dialectologists, Professor Harold Orton (University of Leeds) and Eugen Dieth (University of Switzerland) in the 1930s. The Second World War delayed the survey until 1951 and research went on for a decade.   The survey, which was made up of over 1300 questions, was designed to document the different words, pronunciations, and grammatical forms used by people all over the country. Fieldworkers from the University of Leeds visited people in 313 localities to complete the survey – at first making detailed notes by hand, and later making audio recordings of their interviews on reel-to-reel tapes. Fieldworkers documented tales of lugging clunky reel-to-reel audio recorders that were sometimes hooked up to car batteries because of the lack of mains electricity and shared stories of dialect caravans as well as undertaking the surveys in a fishing boats in the middle of the night! The result was the most comprehensive survey of the dialects of England ever undertaken, and a snapshot of how English was spoken by people born as early as 1860.

In 1964, The Institute of Dialect and Folk Life Studies was established at the University of Leeds under the directorship of folklorist, Stewart F. Sanderson. Its roots could be found in the Survey of English Dialect (SED). Keen to progress work on the SED as well as recognising the link between dialect and folk life, Orton championed the establishment of an academic centre for research, study and teaching at the University of Leeds. Key to its aims was the undertaking of a Folk Life Survey (1964) that focused on capturing images and information relating to traditions and rural practices similarly under threat from mobility and modernisation. It resulted in a wealth of photographs, largely by amateur ethnographer and photographer, Werner Kissling as well as the creation of the Folk Life Files containing cuttings on related topics. The Institute went on to establish an undergraduate and postgraduate teaching and research programme that ran until the closure of the Institute in 1983.

The information from these studies has been stored in the archive at Leeds ever since.

The project funding is from National Lottery Heritage Fund along with the University of Leeds’ Footsteps Fund and other alumni donations and the partner museums.