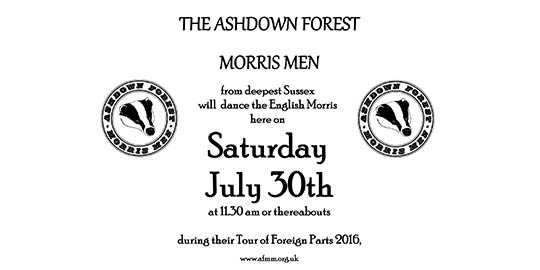 Sometimes the most unassuming objects can have the most intriguing stories but perhaps not in the case of Constant Billy. With his bright colours, trailing ribbons and curious horse’s head, his story is just as exciting as you’d imagine.

Constant Billy was first used by the Suffolk Morris Men in the early 1930s, but he mysteriously disappeared. In 1968, a group of Morris Dancers known as the East Suffolk Morris Men (ESMM) were dancing in Derby, when someone told them he had the group’s hobby horse stored in his loft.

Constant Billy became a proud addition to the ESMM’s team and was a prominent feature in their dances for the following decades. Billy toured with the group as they danced around the world – from dancing for the Queen of Jordan and travelling as far as Taiwan.

East Anglia is home to a wealth of traditions, and at the Museum we try to ensure that these won’t be forgotten. Constant Billy was donated to the Museum in 2012, but the ESMM are still dancing.

In memory of Des Herring.