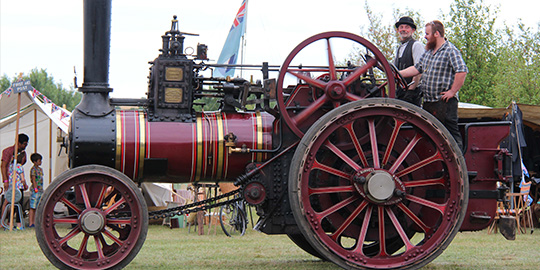 One of the largest objects at the Museum of East Anglian Life is the Empress of Britain, a general purpose agricultural steam traction engine made in 1912 by Charles Burrell & Sons of Thetford, Norfolk. Since joining the collection in September 1983 it has become the museum’s showcase steam engine and has been regularly used to demonstrate traditional farming techniques to visitors.

This engine is important to the story of East Anglian Life as it represents the steam era in agriculture and the work of one of the most important East Anglian steam engineering companies, as well as the role of the contractor in providing specialist machinery to work the land.

Since the early 2000s over 270 visitors and museum trainees have benefitted from the opportunity to learn about this machine by getting hands-on alongside our dedicated volunteer team, so it was quite unexpected when the Empress failed its annual boiler inspection during the winter of 2016. The engine urgently needed major repairs in order to be a working exhibit once more. 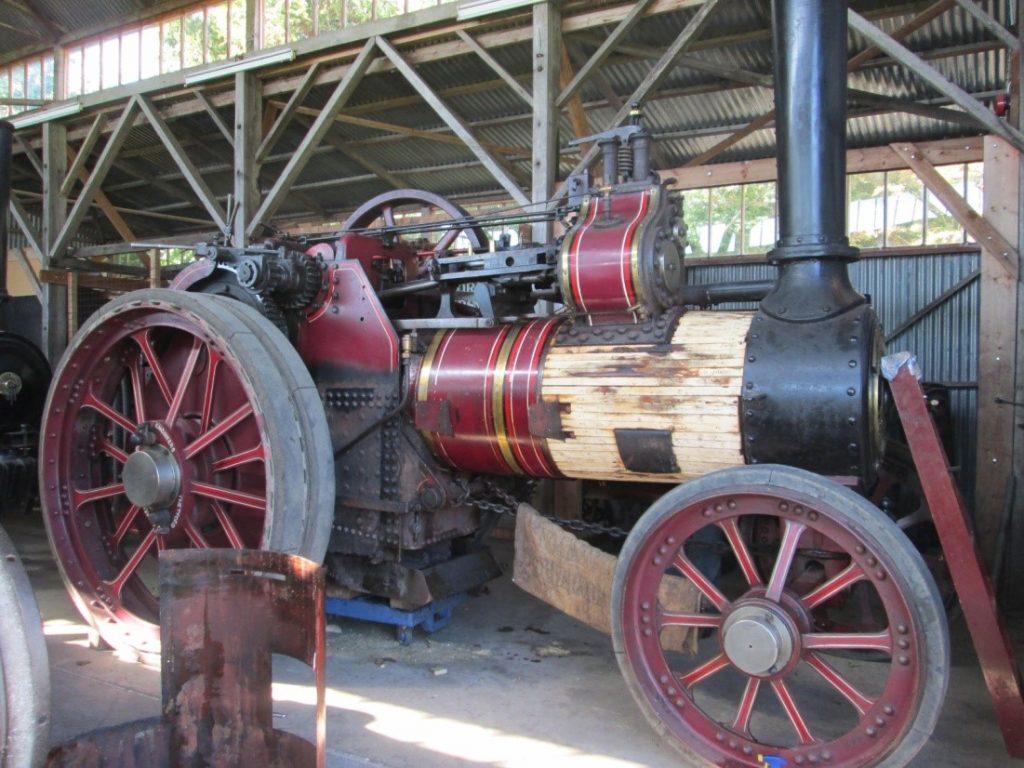 Thanks to a 2017 Association of Industrial Archaeology restoration grant of £16,500, funding from the Mid-Suffolk Locality fund and the generosity of several individual donors, September 2017 signalled the start of the engine’s restoration. Members of the museum’s Collections Volunteer Team were given the signal to start stripping down the engine with the footboard, brass bands, cladding, lagging, ashpan, lifter hose and more labelled and put into safe storage. 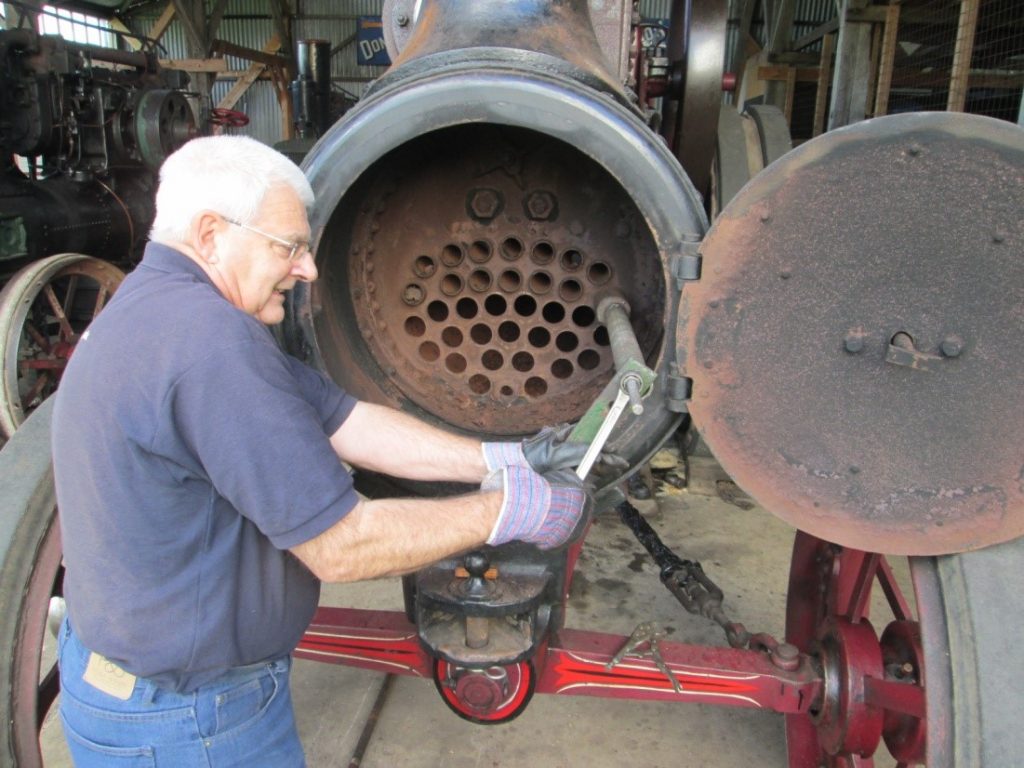 October saw two days of ‘knocking out’ the 35 tubes that run through the engine’s boiler barrel – a grubby and noisy task, especially for the person at the end of the tubes inside the engine!  This preparation enabled access to the old boiler barrel once the engine completed its low-loader journey to Mervyn Mayes’ boiler shop at Yaxham near Dereham, Norfolk, where the main boiler work was undertaken.

Once in the boiler maker’s yard, a jig was made to stabilise the motion work before removing it from the top of the engine (keeping it in position for later reassembly) along with the cylinder block, chimney, front wheels, smokebox and boiler barrel. Once removed, the pitting to the boiler barrel that triggered this project was clear to see, along with earlier repairs that had been carried out – possibly in the engine’s working life. 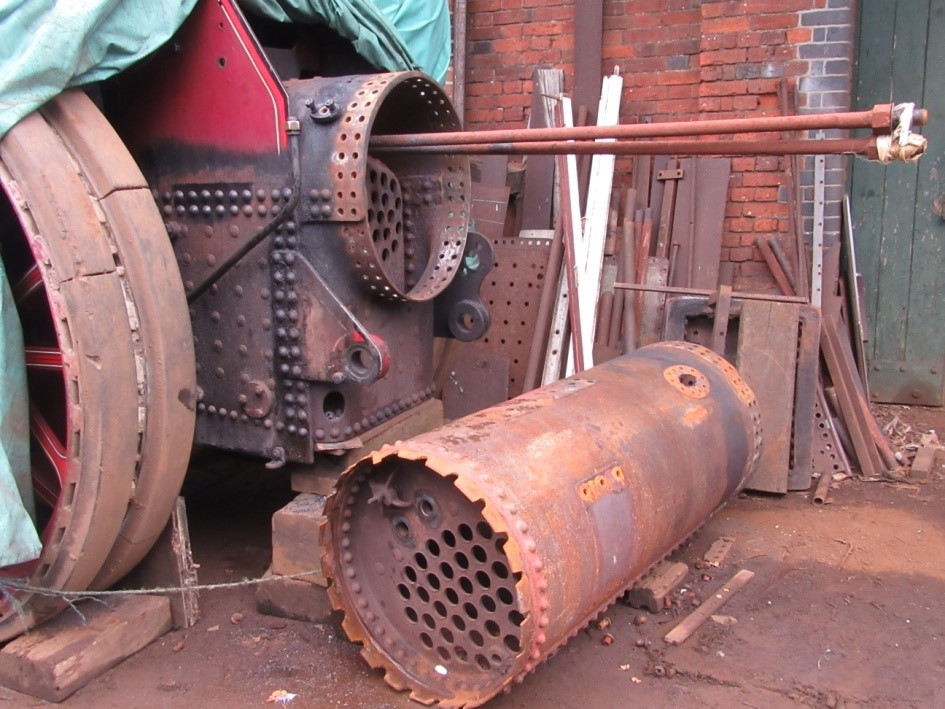 In July the Boiler Inspector carried out a full visual and thickness test around the firebox to reach areas not normally accessible. It was interesting to note that the engine has two longitudinal stays that run the length of the barrel as not all equivalent engines were fitted with these (see image above). 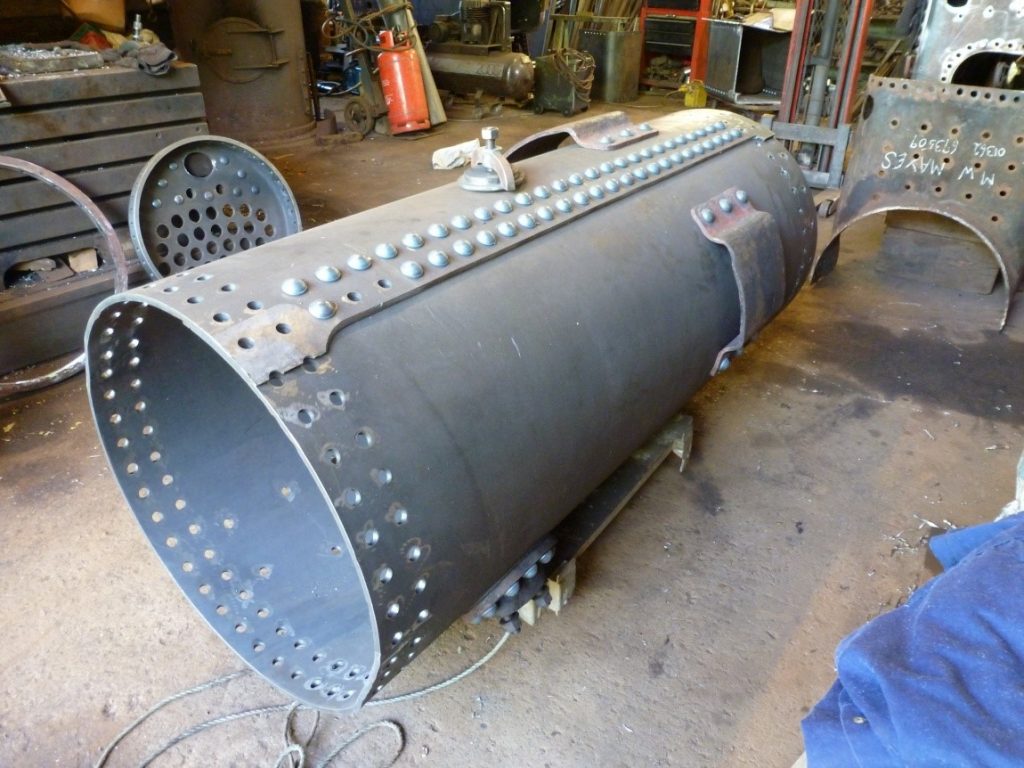 With measurements taken and steel ordered, a shiny new boiler barrel was rolled, and a new front tube plate, chimney base and smokebox created. Around 194 holes had to be drilled in the boiler barrel alone, ready for the corresponding rivets that would hold the engine together.

We look forward to seeing the project progress as the engine is now pieced back together and we hope to have live steam at the museum again soon! 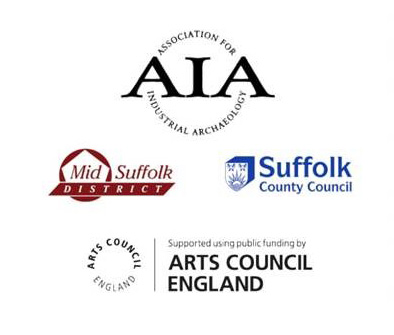