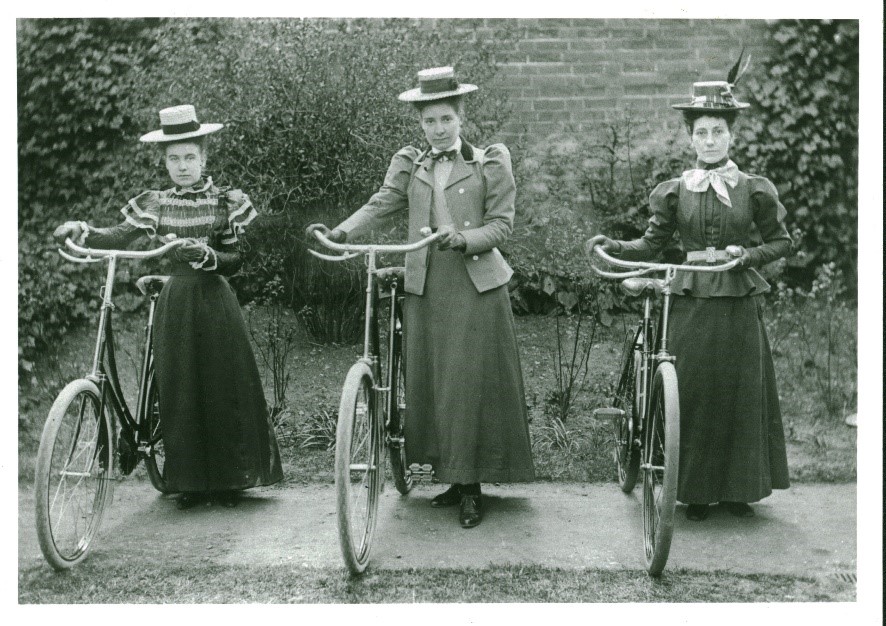 Home / Blog / Freedom is a bicycle

Freedom is a bicycle

As you steady yourself, and your nerves, place your foot on the peddle and push-off, you push off into a world of excitement and freedom.

Most of us never forget learning to ride a bike and the feeling that we could go anywhere. For many, it is one of life’s milestones. Cycling is not only an activity that changes individuals; it has played an important part in history.

The OVO Energy Women’s Tour cycling race, which finishes in Stowmarket (10th June 2019) inspired me to look back at the history of cycling through objects in the museum’s collection.

Our collection contains several bikes, but among the most interesting is our Boots delivery bicycle.

The bike was used in the 1920s by Mr Partridge as he delivered customers’ orders from Boots in Stowmarket, Suffolk, stowing them in the basket at its front. I am drawn to the bell on the handlebars of the bike that faintly states ‘King of the road’ – I like to imagine an energetic delivery boy ringing his way through the bustling town, always eager to finish his deliveries as quickly as possible!

This example is particularly special as Boots was (and still is) located on Ipswich Street, where the competitors in the Women’s Tour will finish their race. Nearly 100 years since Mr Partridge made deliveries on this bike, it is fantastic to see cycling history taking place in our town once again.

Our collection also contains fantastic historic photographs of bicycles. One very fetching image, taken in Mildenhall, Suffolk, is of ten men and their bicycles, one of whom (to the left of the image) is proudly leaning on his penny-farthing. 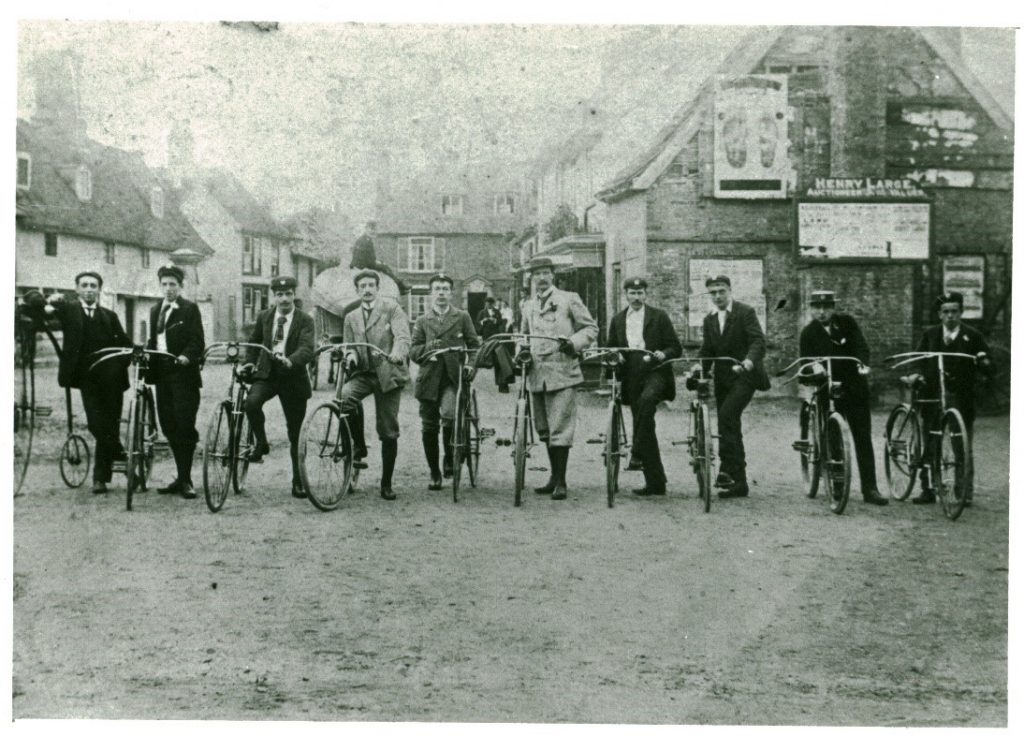 I find it an absolute joy to peek through the window of the past and glimpse something that would have been so ordinary for these men yet for us is so exciting. I am also a big fan of the stylish look of trousers being tucked into some rather high socks!

For women in the 19th-century bikes paved the way to big changes. Before the bike, women travelled by foot, in carriages or on horseback, usually accompanied. Bikes were considered manly as they couldn’t be ridden sidesaddle and women of the time who did not ride sidesaddle were thought to be very odd. Cycling could be done rapidly and may cause you to break out into a sweat.

When bikes were developed which were suitable for children, women began to take to the saddle. Some greeted this with disapproval, as chaperones were left behind by women’s newfound speed.

The bike not only brought freedom to women but it also brought a change in fashion. Women of the time were wearing long skirts and cycling in these was a challenge. Hemlines were raised and bloomers introduced, enabling easier cycling and raising many eyebrows.

Sue Macy’s book Wheels of Change says of the bicycle: “To women, it was a steed on which they rode into a new world.”

There is an excellent example of this in our collection. When men were sent away to the Second World War, women had to step into the roles left unoccupied, one of which was the postal service. 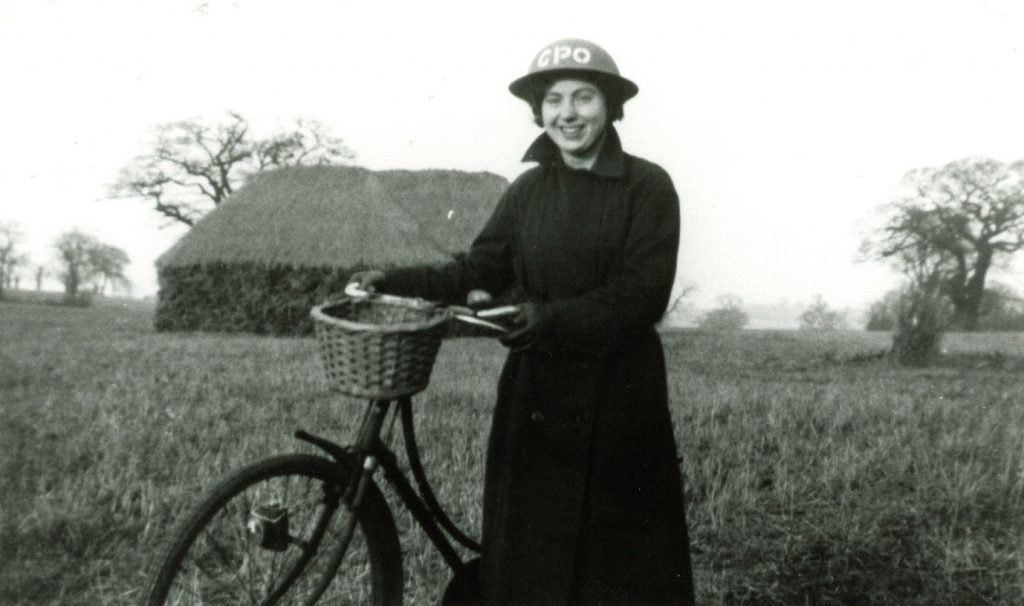 Joyce worked in Bramford, Suffolk, as a mail sorter and later as a counter clerk and used her bike to get to and from work in 1942. She had to wear her tin hat in case of falling shrapnel on her journey. This particular photo was sent to her husband and she captioned the reverse with ‘don’t laugh too much’.

Following the war, some women went on to keep the roles they had taken up in wartime, pushing the peddle of change a little further forward.

Researching our collection and the history of the bicycle has enlightened me to just how much change it has brought, especially for women, and I will certainly never be able to ride my bike again without thinking about my fellow women and how empowered they must have felt on their bikes. I wish all the women participating in the Tour an enjoyable and safe journey as they play an important part in the next chapter of cycling history.

If you want to see more images of the Boots delivery bike or discover more of our collection, we are in the process of digitising our collection and creating an online catalogue. Please follow this link to view the catalogue: eastanglianlife.org.uk/collections/search

Museum Futures is The British Museum’s latest Skills for the Future training programme. It has been generously supported by the National Lottery Heritage Fund.