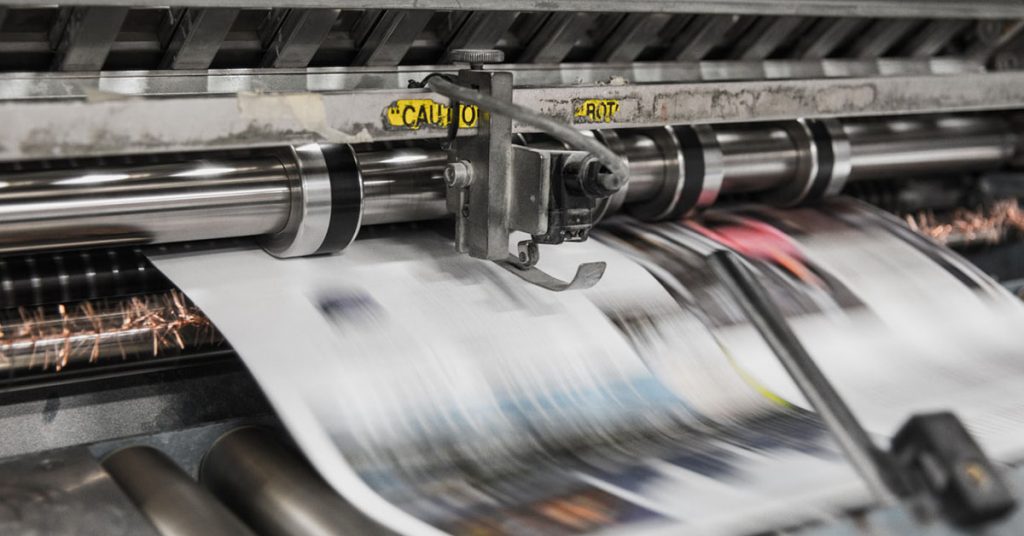 Fact or opinion?: Commentary through cartoons

In the run-up to the museum’s exciting travelling exhibition, Fake News in the Age of the Horse, volunteers have been working through some of the museum’s incredible collection to understand more about communication in the past.

One ‘star object’ is a cartoon (Figure 1), probably produced by the famous cartoonist Carl Giles OBE. It shows a comical scene of a man in rural attire turning to his wife and saying “Beats me how some of these town pubs pay, Emily – more waiters than customers”, while amidst a sea of people in evening dress and finery (who look rather pompous!). This cartoon provides an excellent example to investigate communication practices of the past, but it can also help us to reflect more on our consumption of information and ‘news’ today.

How do we differentiate between someone’s fact and opinion?

Understanding the role of cartoons, what subjects they tended to feature, and how they reached the wider public provides an exciting insight into communication prior to the digital age. While it can show how different our ways of communicating are, it can also show some of the remarkable similarities between now and the past.

Cartoons have long been a means of communicating their creator’s opinion or perspective to a wide audience.[1] Their visual imagery can be a powerful way to communicate a social or political message in a short and concise way.[2] In the case of Carl Giles’ cartoons, these were often short, comical scenes that represented the social world around him as he saw it.

As cartoons were a major source of news for many in the 19th century, they could even hold political sway through what they represented (Figure 2)[3] – but how easy was it to differentiate between what was a generally accepted message or fact, and what was the opinion of the creator?

Figure 2 – The Plumb Pudding in Danger This satirical cartoon shows Napoleon and English Statesman William Pitt carving up the world. The cartoon intended to show the lack of moral difference between Pitt and Napoleon, who the British were fighting. A British statesman seen to be conspiring with the French at this time would have been rather scandalous and damaging for their political reputation.

Researching the Giles cartoon made me reflect on my own information consumption – most days, my social media timelines are flooded with newspaper articles, people’s comments and visual information like photos and memes. How do we go about differentiating fact from opinion in this content – is it their context, their tone, or do we just try and make an educated guess? Perhaps the issue is as problematic today as it was in the past.

Another phenomenon that the exhibition will address is ‘fake news’. Perhaps even more relevant now during the coronavirus pandemic, ‘fake news’ seems to be a constant and potentially dangerous issue across platforms on the internet.[4] The setting of this cartoon can show us how ‘fake news’ and the spread of misinformation may not be as modern a phenomenon as we might initially think.

The cartoon is set in a pub – a familiar sight for many of us. As important community hubs for many centuries, pubs have been a place of sharing information, tales and gossip within urban and rural communities alike[5] – but how were people to tell whether what they were hearing was factual and what might have been exaggerated or altered? In the digital age, we have smartphones in our pockets that allow us to ‘fact check’ things that we hear instantaneously – something that would not have been so readily available to communities of the past. While ‘fake news’ now may be related to misinformation on the internet, this cartoon might suggest that it is rather the way in which information has spread that is the real change.

You can view the object record here and read Olivia’s research in full here.

If you’d like to volunteer with our collection, please email Curator Kate Knowlden at kate.knowlden@eastanglianlife.org.uk

[1] Lord Baker. The History of British Cartoons and Caricature. Gresham College Lecture Series at the Museum of London [Internet]. October 2010. Available from: https://www.gresham.ac.uk/lectures-and-events/the-history-of-british-cartoons-and-caricature